During this semester, MIUC Psychology students have been studying a module called “Developmental Processes across the Lifespan”. As most of you will be guessing, the module is aimed to explore how we human beings develop over time, since we are born until we die.
Human life cycle has been a topic that, through history, has inspired artists from various disciplines. An example of this would be the Italian painter Tizziano (known in English as Titian). In his masterpiece “The three ages of man” (1512), the most significant member of the Venetian school represented the human life cycle through an allegory. For Tizziano, there were three key ages of man, represented by two sleeping infants (first), two young lovers holding each other (second), and an older man examining two skulls (third). 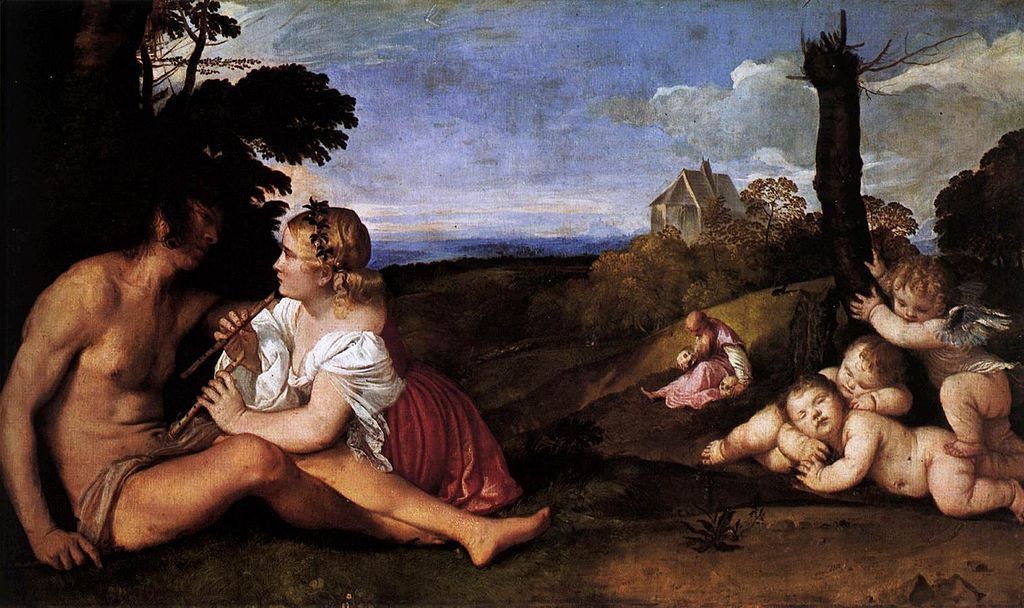 This classification of human life in three periods is very pervasive. In fact, many of us will be familiar with the use of the label “third age” in order to refer to the last period of life. At the light of the obvious increase in life-expectancy, though, current developmental psychologists (e.g. Baltes, 2006), are proposing a new model to describe lifespan in terms of four “ages”. The fourth age would encompass those individuals aged 80 years and older.

When interested in studying in depth human development, however, there are more fine-grained approaches, which propose a detailed sequence of stages that we human beings go through. Thus, nowadays scholars in the field of Developmental Psychology, such as John Santrock (2011), divide the human lifespan in eight periods: prenatal period (conception to birth), infancy (birth to 18-24 months), early childhood (2-5 years), middle and late childhood (6-11 years), adolescence (10-12 to 18-21 years), early adulthood (20s to 30s), middle adulthood (40s to 50s), and late adulthood (60s – 70s to death).

Coming back to our particular context: MIUC… In what developmental period could the students be framed in…? I would say that most of them are somewhere between adolescence and early adulthood, or more specifically, in the relatively recently so-called period of “emerging adulthood” (Arnett, 2000).

Adolescence itself has been taken as a period of transition from childhood to young adulthood. Beginning with rapid physical changes, individuals in this period think in more logical, abstract and ideal terms and, progressively, spend more time outside the family by relating with their peers. These phenomena are related to adolescents’ transition towards a higher independence and a quest towards the construction of their identity (Santrock, 2011). Early adulthood, on its part, is taken as a period for establishing personal and economic independence, career development, and for many, selecting a mate, learning to live with someone in an intimate way. For some, it can also be a period for starting a family, or rearing children (Santrock, 2011).

And… what would be then emerging adulthood? It would entail a specific development period from the late teens through the twenties, with a focus on ages 18-25. According to Arnett (2000, p. 479):

Emerging adulthood has become a distinct period of the life course for young people in industrialized societies. It is a period characterized by change and exploration for most people, as they examine the life possibilities open to them and gradually arrive at more enduring choices in love, work, and worldviews. (…) a period in which many different potential futures remain possible and personal freedom and exploration are higher for most people than at any other time.

In the quest of understanding better the features and challenges inherent to this recently proposed developmental period of emerging adulthood, it would be interesting to consider contributions coming from the classical theory of psychosocial development proposed by the psychoanalyst Erik Erikson (1959, 1987). Erikson, who emphasized that the primary motivation for human behaviour was social, stated that we pass through eight stages of development over life. Every stage is characterized by a unique developmental task that confront individuals with a crisis to be resolved (for a short overview of Erikson’s model, watch this video).

Let’s focus on the specific period that we are interested in: the period in which university students can be framed… What are the developmental tasks, according to Erikson, that individuals face during adolescence and early adulthood…?

Adolescence matches Erikson’s fifth developmental stage: identity versus role confusion. During adolescence, individuals address the key exploratory task of finding out who they are, where they are in the world and where they want to go in life. A positive identity would be achieved if adolescents have the chance to explore roles in a healthy manner and choose a path to follow in life. If it was not the case, then role confusion would prevail.

If, according to Arnett (2000), emerging adulthood entails a particular transitional period between adolescence and early adulthood, university students could be facing both the task of constructing their identity and the task of developing intimate relationships… Erikson proposed that in order to be able to develop true intimacy, our identities should be firm. In other words, he believed that first we needed to commit with ourselves (identity), in order to be later able to commit to a relationship with another person (intimacy). Recent research with 21st century youngsters (Beyers and Seiffge-Krenke, 2010), has supported Erikson’s thesis of the positive role that a healthy identity development plays when developing intimacy in romantic relationships.

When focusing on your own personal experience: what do you think about all this…?

Arnett, J. J. (2000). Emerging adulthood: A theory of development from the late teens through the twenties. American psychologist, 55(5), 469. Available here.

Baltes, P. B. (2006). Facing our limits: The very old and the future of aging. Unpublished manuscript. Max Planck Institute, Berlin.

Am I an emerging adult…? What are the developmental tasks that I am facing…? was last modified: July 9th, 2019 by MIUC
Please follow and like us: